The Age Of Tokies – The Defiant

What future awaits film financing? The panellists at Cannes Next have their say 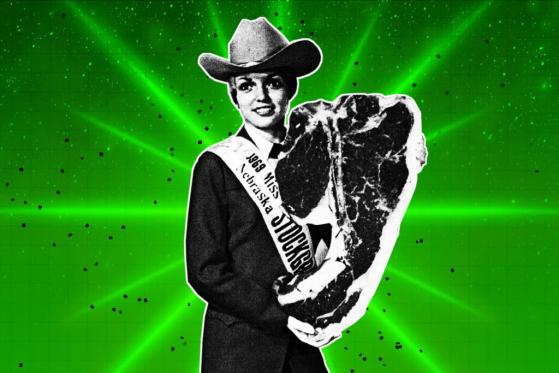 Douglas, the festival’s 2022 Guest of Honor, presented Diwisch with the prize during a virtual awards ceremony that streamed on YouTube and was produced by Meihodo’s New York headquarters.

Designed for young and upcoming filmmakers, the Meihodo Festival is one of the largest short film festivals in the world, and this year marked the first time a global film festival awarded winners with NFTs and cryptocurrency.

“Thank you so much to the jury and the Meihodo committee for this amazing honor,”
Diwisch said from Germany,

“and thanks to my team and the film’s supporters who made it possible. I’m motivated to continue working on my current and future projects, and I’m glad this one is considered essential and important.”
“Refugee By Mistake,” which uses a smart comedic tone to address serious issues like immigration and race relations, landed Diwisch $20,000 in crypto for the Grand Prize. It was also the Gold Prize winner in the Narrative Feature category, which won Diwisch a second NFT trophy and an additional $10,000, for a total of $30,000 in prize money. Other Gold Prize winners were “Pepe & Nana” (Documentary) by Water 4 Studios from Japan and “In Rehearsal” (Music Video) by Colombe Rubini from France.

“I wish that, for all of you, your joy and love in filmmaking will continue,”
Douglas said during the ceremony.

“I’m looking forward to seeing how your work will explore how we reconnect with ourselves and each other,”
said Binoche, who served as this year’s Honorary Chairperson of the Jury.

The categories of Narrative Feature, Documentary and Music Video also saw winners in the Silver and Bronze categories, each of whom took home their own NFTs and $5,000 and $3,000 prizes, respectively. The winners were selected from 2,431 entries that poured in from 110 countries. More than 100 entries were submitted from the US, Spain, India, China, Egypt and Brazil.

Their work embodied the 2022 festival theme of “Dreaming Big in the Digital Revolution,” which focused on innovation and possibility as new technology like NFTs, crypto and the metaverse influence the future of filmmaking.

“We’re astounded by the diversity of talent that we saw reflected in this year’s winners and all of its entrants,”
said James Zhang, Vice Chairman of the festival, who credited festival ambassador Frederic Golchan for connecting Meihodo’s executive committee with major talents in the film industry.

“At Meihodo, we are always looking toward the future of the film medium, and based on what shined through at this year’s festival, the future definitely looks bright.”
All the festival’s top award winners are currently available to watch on Meihodo’s YouTube channel and on Meihodo’s website.

Join to get the flipside of crypto

Upgrade your inbox and get our DailyCoin editors’ picks 1x a week delivered straight to your inbox.

NFTs are making millions for celebrity cryptocurrency fans, but the rest of us should beware